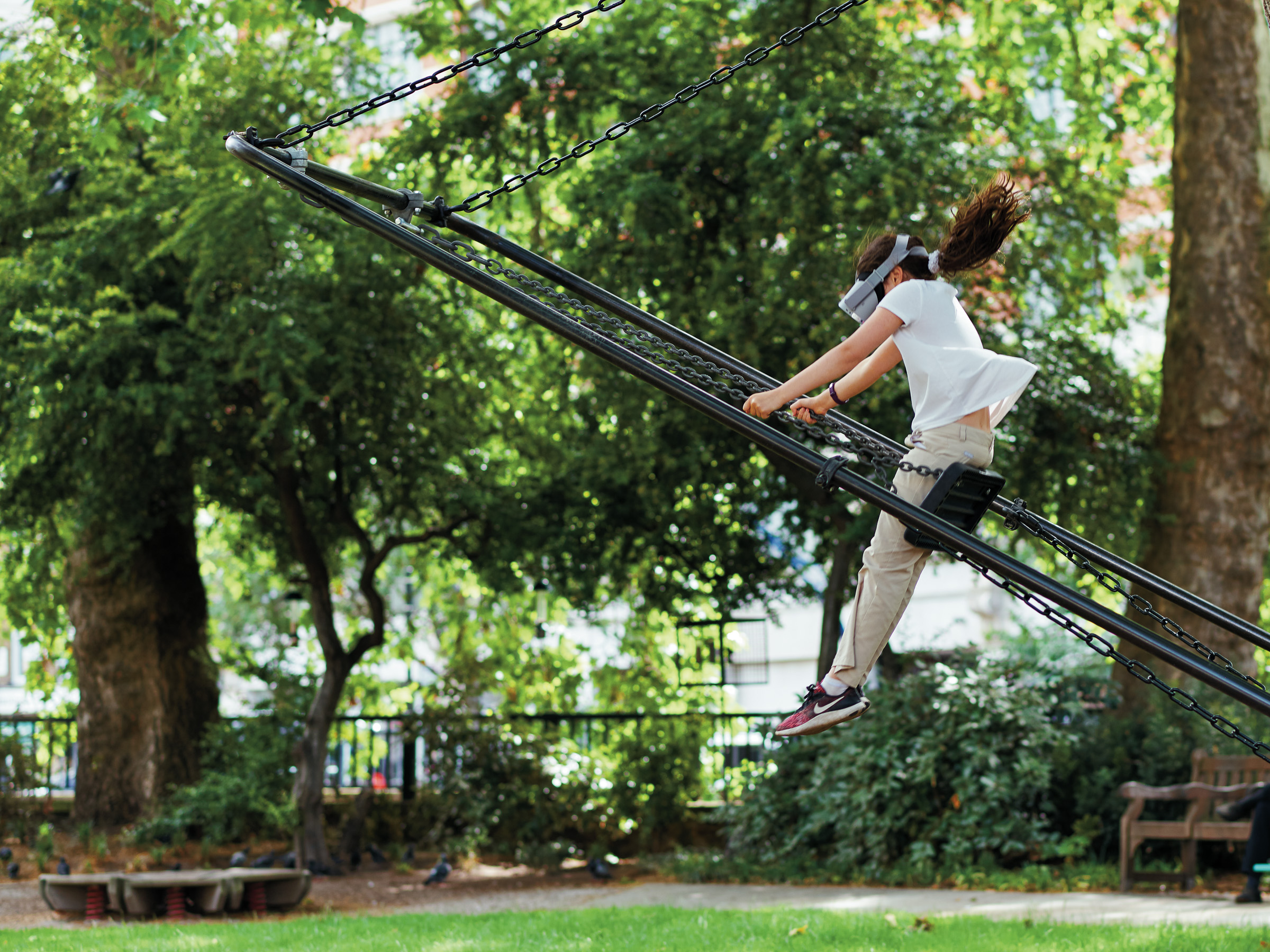 “I was lucky to have a sneaky preview of the ornithopter ride. The rain didn’t matter, I was so absorbed in the VR experience. For 3 minutes I flew through a fantasy world. I don’t want to spoil the surprise, but I did scream at the start”. Valerie Jamieson, Content director for New Scientist Live


Volo is inspired by Leonardo Da Vinci’s studies of flight, and his pioneering work on perspective. Da Vinci was fascinated by optical equipment such as the camera obscura, as well as the anatomical construction of the human eye, stereoscopic vision, and the illusion of perspective. Half a millennia on, his ability to create convincing three dimensional sketches using just light, shade and colour, remains as relevant to the virtual reality industry today as it was to Renaissance art. From his first studies of a dragonfly, through to his detailed plans for an ornithopter, Da Vinci constantly dreamed about making flight a reality. Brendan Walker, Studio GoGo’s founder, has a similar obsession with flight, reflected in the subject matter of his interactive projects, artworks, and TV series over the past two decades.

Volo will tour to other venues.

“Studio Go Go were brilliant to work with throughout the whole commissioning process. Brendan understood the complexities of working in the City of London and was adaptable and flexible in his approach… I’d absolutely love to work with Studio Go Go again and couldn’t recommend them highly enough.” Laurie Miller-Zutshi, Head of Cultural Programming and Partnerships for City of London Corporation